2021 The name of United appearing everywhere: in top sport, sub top, national level compatition and amoung young horse compatitions as well as during stallions or mares inspections. Not only as sire, but oftenly as sire of the dam. United is a stallion who has a strong lineage and good topline that he gives through to his offsprings. These are qualities that we desperately need in dressage. United is 24th in the WBFSHY-Sire Ranking 2020.

2020 United has received a great deal of international recognition last year because he has led the prestigious International Progeny Value (IPV) ranking for 12 years!

United is a breeding stallion like few others. He passes on super movement, which United also had as a young horse when he won the KWPN Performance Test with a 9.5 for trot, a 9.5 for canter, and a 9.5 for dressage talent.

In 2011, United produced most of the KWPN competitors for the Young Horse World Championships in Verden, namely Avanti, Brooklyn and TC Athene. Avanti and TC Athene both delivered exceptional performances by becoming Young Rider European Champions--TC Athene with Jeanine Nieuwenhuis in 2016 and Avanti under Anne Meulendijks in 2014.

United himself showed a great deal of talent for Piaffe and Passage, but a stubborn neck injury sidelined his sport career.

Many offspring from the United’s first foals now compete successfully in sport! 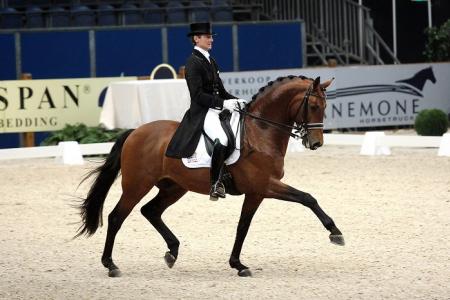 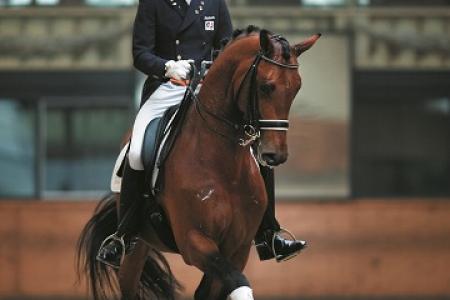 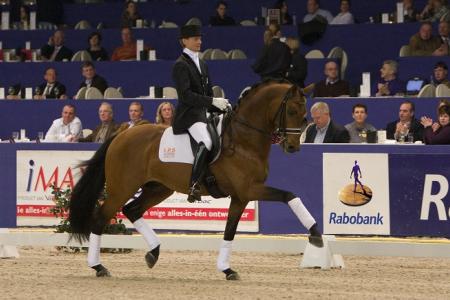